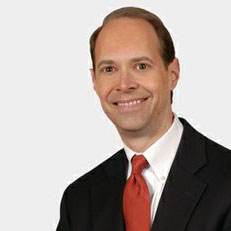 Arthur Scinta is among the most experienced brokers in Pelham, having consistently ranked as the number one real estate agent in Pelham and Pelham Manor.  With career sales exceeding $300 million, Mr. Scinta has repeatedly set new records for the most single-family homes sold in Pelham in one year and is in the top 1% of Houlihan Lawrence agents, repeatedly receiving the Platinum Sales Award from the company.

As a former Mayor and past Trustee of the Village of Pelham, Mr. Scinta has intimate knowledge of the Pelham real estate market. In addition to having held elected office, he has been active in a variety of civic, charitable and religious organizations during his more than two decades as a resident of Pelham.

Mr. Scinta joined Houlihan Lawrence in 2004 to open the firm’s Pelham office. Prior to joining the firm, he was a commercial real estate broker in Westchester and Fairfield Counties. Mr. Scinta is an attorney and practiced law for more than ten years at one of Manhattan’s leading law firms where he represented Fortune 100 companies in some of the nation’s largest mergers and acquisitions. In addition to a Juris Doctorate, Mr. Scinta also holds an undergraduate Bachelor of Architecture degree and has professional historic preservation experience, having worked for, and served on the boards of, a variety of not-for-profit organizations dedicated to the preservation of historic architecture.  In Pelham, he is the founder and past chair and board member of the Pelham Preservation & Garden Society, which promotes the preservation of historic architecture and the enhancement of green space in Pelham.

Arthur acted as our buyers agent when we bought our home in Pelham in 2017. He showed us a number of properties in Pelham and once we chose the one we wanted to purchase, he was very pro-active in making this become a reality. He is extremely professional, has excellent local knowledge and was really a great asset to us in negotiating this transaction. Would highly recommend!

Arthur represented me in the sale of my house in Pelham, NY. He was wonderful to work with. He is very knowledgeable in all aspects of the process. He even advised me on paint colors and the house looked fabulous when it was ready to go on the market. He told us what to expect when we listed the house and he was on target with everything. The house was priced correctly and we had three bids the first weekend. It sold for more than the asking price. He was on top of everything and the sale went very smoothly. He turned what is normally a stressful process into a great experience. I would recommend working with Arthur if you want superior representation when you’re selling your house. We could not have chosen a better broker